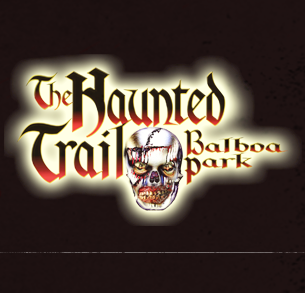 The spooky and dark trails are located in the Marston Point section of the park which is east of Sixth Avenue and Juniper Street in Balboa Park. Look for the orange signs with the ghoulish writing to point you in the right direction. The Haunted Trail in Balboa Park starts on September 25, 2009 and goes until October 31, 2009. The Haunted Trail is open from 7pm to 12 Midnight Fridays and Saturdays and 7pm to 11pm Sundays, Wednesdays and Thursdays. The trail does take a break on on Mondays and Tuesdays except for October 26 and 27, 2009. The cost is $14.99 per person. 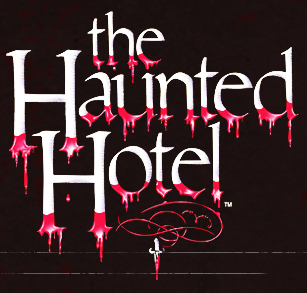 features specially decorated rooms that bring back the spirits of Hollywood horror films from the past. The hotel is situated in an old building that probably has stories of its own to tell. The Haunted Hotel is located at 424 Market Street in San Diegos Gaslamp District. The terror starts on September 25, 2009 and goes until October 31, 2009. The operating hours for the Haunted Hotel are as follows: Fridays and Saturdays from 6pm to 1am and Sundays, Wednesdays and Thursdays from 7pm to 11pm. The venue is closed on Mondays and Tuesdays except for October 26 & 27, 2009. The cost is $14.99 per person.

The Monster Bash takes place in the Gaslamp District on Saturday, October 31, 2009 from 6pm to Midnight.

The event’s location is at 7th Avenue between Market and J Street and on Island Avenue between 6th and 8th Avenues. This is strictly a 21-year old and up event that will feature live music, DJs, and go-go girls. The Monster Bashs Costume Contest promises to be an outrageous affair. This year, the prize money is $3,000 cash.

To attend the Monster Bash and take advantage of special drink and food specials at participating Gaslamp bars and restaurants, you must purchase a wristband at the cost of $25 in advance and $30 at the door. 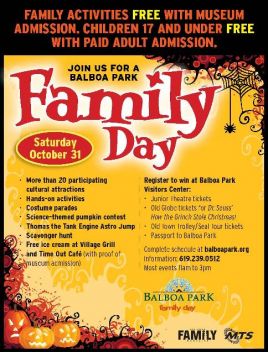 This is a new event this year. Most of Balboa Parks museums will open their doors to children of all ages on Saturday, October 31, 2009.

Fifteen of the Parks museums will open their doors free to children (17 years old and under) with a paid adult admission. 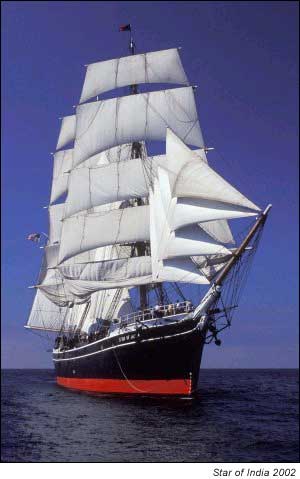 Eerie legends and ghostly tales will come alive on the Embarcadero this Halloween at the Maritime Museum of San Diego’s haunted Lantern-Led Tours and Halloween Carnival. Those who dare to come aboard will creep through each deck of the historic Star of India, led by the light of lanterns. Museum guests will be told true stories of people who died during the Star’s voyages and whose ghosts are said to still live on the ship today.

Tours for the entire family will be held from 5 p.m. to 8 p.m. on Friday, Oct. 30 and Saturday, Oct. 31. An old-fashioned Halloween carnival with games, prizes, food, costume contests and more for parents and kids of all ages will also be held on Saturday, October 31, from 11 a.m. to 4 p.m. 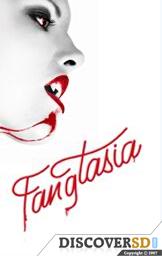 Leave it to San Diegos hottest super club to master the perfect mix of sexy and sinister for Halloween. 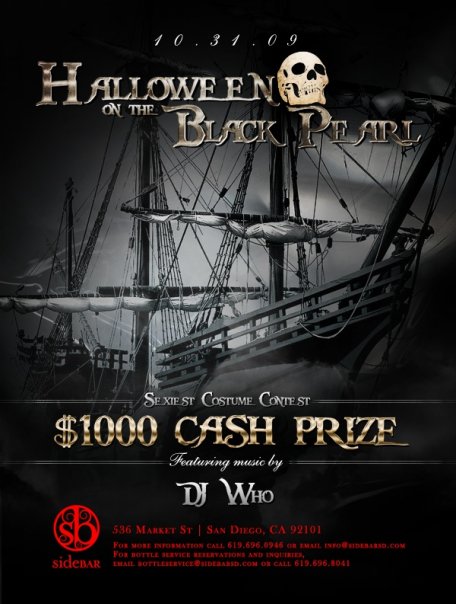 Check out “Halloween on the Black Pearl,” Sidebar’s pirate themed Halloweenen! $1000 grand prize for the sexiest costumes on October 31, 2009.

Side Bar is going wild for Halloween this year. Celebrating our favorite wicked holiday for the first time since the re-design last summer, Side Bar is going all out to show a cryptic side of the chic new space.

A brand new haunted house opened this month, located in the cursed dungeon below Side Bar.

Side Bar believes that Halloween deserves two nights of celebration. Mark your calendars for Wednesday, October 28 and Saturday, October 31, because you have two hot dates for Halloween on the Black Pearl at Side Bar.

The authentic haunted house beneath Side Bar is opening doors for the special engagement, offering Scare venture tours on both Wednesday and Saturday night for Side Bar patrons. For $25 per person, you get VIP entrance to Side Bar and a ticket and no-line entrance to the haunted

This is the third annual Trick or Treat on India Street in the Little Italy District. Join us on Friday October 31st where Little Italy businesses are opening their doors for the little ghouls and goblins of the Downtown neighborhoods to come Trick-or-Treat from 5:30pm to 7:30pm.

This fun family event allows children to experience Trick or Treating in an safe and urban Downtown San Diego environment. Just because children grow up in the City doesn’t mean they shouldn’t enjoy the fun of dressing up and getting candy. There will also be a Halloween costume competition for the kids (10 and under) at the Piazza Basilone at 6:30pm. ')}
//